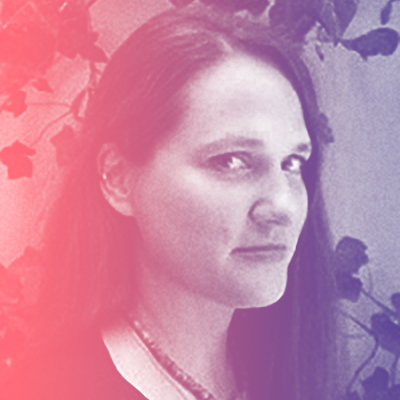 JAKA PRIMORAC works as a Senior Research Associate at the Department for Culture and Communication, Institute for Development and International Relations (IRMO), Zagreb, Croatia. She holds a PhD (2010) in Sociology from the Faculty of Humanities and Social Sciences, University of Zagreb, Croatia. Her research interests intersect the fields of sociology of culture, sociology of media and communications and sociology of work. Her work is centred on the relationship between culture and economy, with the particular focus on cultural and creative labour issues and implications for cultural and media policies. Primorac collaborated on a number of research projects in Croatia and abroad (e.g. Jean Monnet project CULPOL, ‘Access to culture. Policy analysis’ EU Program Culture, COST Network ‘Dynamis of Virtual Work’, FP7 project MEDIADEM, cultural policy expertise for European Parliament, as a short term consultant in cultural policy issues for World Bank, etc). Since 2008 she is a co-author of the Croatian country profile for the Council of Europe and ERICarts Institute’s project COMPENDIUM of Cultural Policies and Trends in Europe. Curently she is an external collaborator on two Croatian Science Foundation projects ‘Social Stratification in Croatia: Structural and Subjective Aspects – STRAT’ and ‘The social resilience of Croatian society in the midst and aftermath of the COVID-19 pandemic – SOCRES’. Since 2019, she is the Deputy President of the Croatian Sociological Association (HSD) whose member she is from 2006. From 2012 is a member of the European Sociological Association (ESA) and of the International Sociological Association (ISA). Her work has been published in international and domestic scientific journals such as Cultural Trends, International Journal for Cultural Policy, Forum Qualitative Sozialforschung/Forum: Qualitative Social Research (FQS), etc. 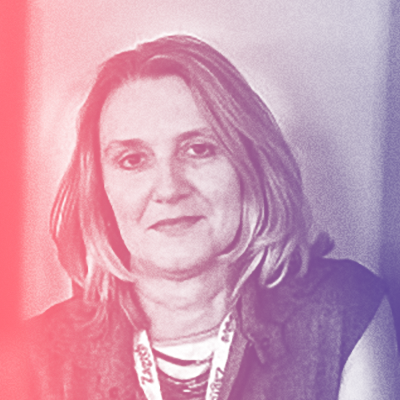 ALEKSANDRA UZELAC is senior research associate at the Institute for Development and International Relations (IRMO), Zagreb, Croatia (since 1993), and head of the Department for Culture and Communication (since 2006). She holds a PhD (2003) in information science from the University of Zagreb. She has 20 years of professional experience in the area of cultural research – cultural development and cultural policy issues, digital culture, virtual networks and portals, digitalization and the cultural sector, international cultural cooperation and networks. Her present interest centres around the changing environment and context that digital culture has brought to cultural policies and the impact of globalization, convergence processes and commercialization of society and the virtual sphere on cultural diversity. Results of her research have been published in books and journals in Croatia and abroad. In 2008 she was co-editor and one of the contributors of the book Digital Culture: The Changing Dynamics. Aleksandra has combined her research activities with practical initiatives aimed at developing the e-culture infrastructure in Croatia, initiating the Croatian national cultural portal www.culturenet.hr in 2000. She has been a member of various expert groups that focus their activities in the field of cultural policies or digital culture (EENC – European Expert Network on Culture; On-the-Move), bringing into the policy mainstream issues related to the new context digital culture has brought to the cultural sector and cultural policies through international research and conferences. She is a coordinator of the group of experts providing expert advice in the field of culture for the European Parliament (2010-2015). Within the framework of the mentioned initiatives Uzelac, PhD, has provided expertise in the form of issue papers, comments to the study and research studies for the European Commission and European Parliament. She is a member of the Culturelink Network team and the Culturelink editorial board since 1993, as well as a member of the international steering committee of the CultureMondo Network www.culturemondo.org (2006 – present). 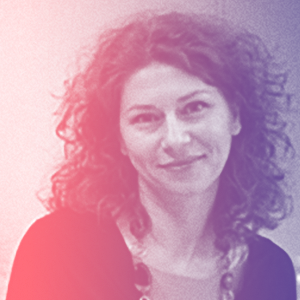 SENADA ŠELO ŠABIĆ is a Senior Scientific Associate in the Department for International Economic and Political Relations. Her research interests include Croatian foreign policy, Southeast Europe, EU politics, and migration. Senada holds Ph.D. in social and political sciences from the European University Institute in Florence and has earned two Masters degrees – in international relations from the University of Zagreb and in peace studies from the University of Notre Dame, USA. She is editor-in-chief of a scholarly journal Croatian International Relations Review, leads and participates in implementation of scientific and applied research projects, has taught at home and abroad. Senada is the author of a monograph, book chapters, scholarly articles and analytical studies. Senada received several distinguished academic grants and is a member of professional associations and bodies, including the Institute’s Management Board. 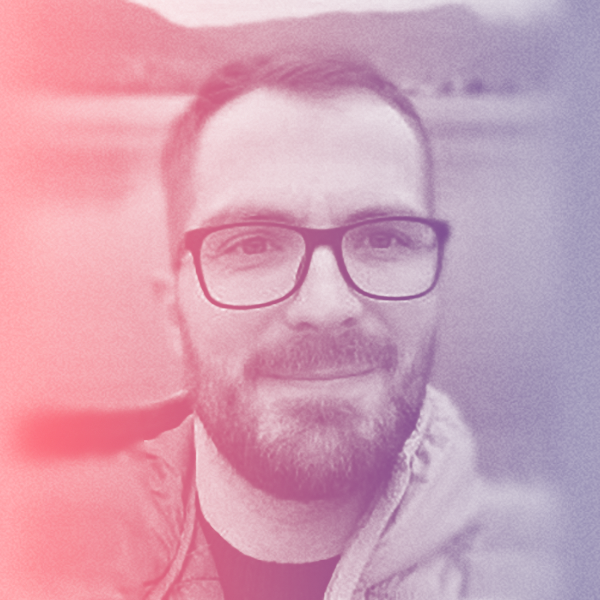 PAŠKO BILIĆ is Research Associate in the Department for Culture and Communication, Institute for Development and International Relations (IRMO) in Zagreb, Croatia. He holds a PhD in sociology (2013) from the University of Zagreb. He was an International Visiting Research Fellow at the Institute for Advanced Studies, University of Westminster (London, UK), short-term visiting researcher at the University of Bremen (Bremen, Germany) and Bilgi University (Istanbul, Turkey), and Doctoral Research Fellow at the University of Alberta (Edmonton, Canada). Since 2015, he is leader of the Croatian team conducting implementation of the Media Pluralism Monitor, coordinated by the European University Institute (EUI) in Florence, Italy. Previously, he worked on projects funded by COST, Seventh Framework Program and the Croatian Science Foundation. He is vice-coordinator of the European Sociological Association’s (ESA) Research Network 18: Sociology of Media and Communications Research. He is also a member of the Council of the Croatian Sociological Association (HSD). Between 2013 and 2019 he was head of the Association’s Media Sociology Section. His primary research interest is critical analysis of social relations mediated through digital technologies, public policies and markets. He published on topics such as digital capitalism, political economy of digital news, internet culture, and media regulation. He is the author of Sociology of Media: Routines, Technology, and Power (Jesenski i Turk, 2020 – in Croatian), as well as editor (with Jaka Primorac and Bjarki Valtysson) of the Technologies of Labour and the Politics of Contradiction (Palgrave Macmillan, 2018). His work is published in journals such as Javnost (The Public), Political Economy of Communication, tripleC: Communication, Capitalism & Critique, New Media & Society, European Journal of Communication, Big Data & Society, and Interactions: Studies in Communication and Culture. Currently, he is writing a monograph (with Toni Prug and Mislav Žitko) titled The Political Economy of Digital Monopolies: Contradictions and Alternatives to Data Commodification (Bristol University Press, 2021). 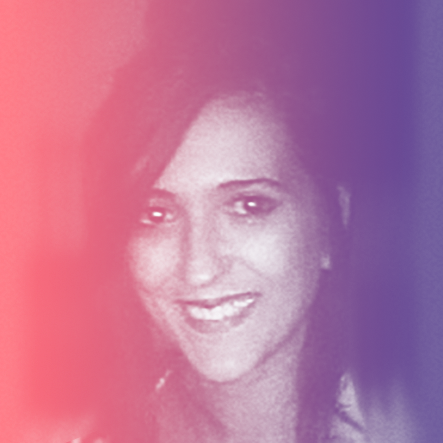 BARBARA LOVRINIĆ is a Research Assistant at the Department for Culture and Communication at the Institute for Development and International Relations (IRMO), and Assistant to the Editor in Chief of the academic journal Croatian International Relations Review (CIRR). Since 2017 she is a PhD candidate enrolled in the Cultural and Media Management Doctoral Studies at the Faculty of Dramatic Arts in Belgrade.

She holds a Postgraduate Degree in Diplomacy and International Relations (2019), University of Zagreb, and a Master Degree in French language and literature and Museology and Heritage Management (2013) from the Faculty of Humanities and Social Sciences, University of Zagreb. In 2013, she became part of the Croatian pre-accession translation team at the Court of justice in Luxembourg where she was promoted to the Managing Assistant of the Croatian Translation Department. Her research interests include cultural diplomacy, digital culture and heritage management. 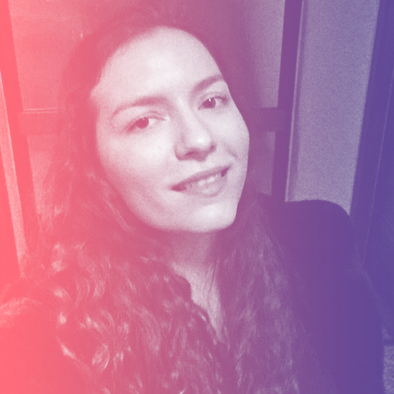 SUNČANA FRANIĆ is an associate at the Department for Culture and Communication, Institute for Development and International Relations (IRMO) in Zagreb, Croatia since 2020. Her roles include research assistance at various research projects, as well as assisting the Department in project management and administration. She holds a double master’s degree from the University of Zagreb (2019) in French Language, Translation and Literature, as well as Comparative Literature, Film and Theatre Studies at the Faculty of Humanities. Under the Erasmus+ exchange programme she studied at the graduate level at INALCO in Paris, France, where her strong interest in scientific research in the field of cultural development and international cultural communication has developed. In 2016 she has been awarded a scholarship from the Embassy of the Republic of France in the Republic of Croatia for graduate scientific research at the University of Lumière Lyon 2 in France, at the Department of Cinematography and Audiovisual Arts. From 2017 to 2019 she was an intern at IRMO’s Department of Culture and Communications where she participated on the Jean Monnet project CULPOL – “EU Competences and National Cultural Policies: Critical Dialogues” and INTERREG Europe’s project “KEEP ON: Effective Policies for Durable and Self-Sustainable Projects in the Cultural Heritage Sector”. She is a member of the IRMO team on the H2020 project “SoPHIA – Social Platform for Holistic Heritage Impact Assessment”. Her articles have been published in journals and conference proceedings in Croatia and the EU.