Report on the Masterclass Lecture with Antonios Vlassis 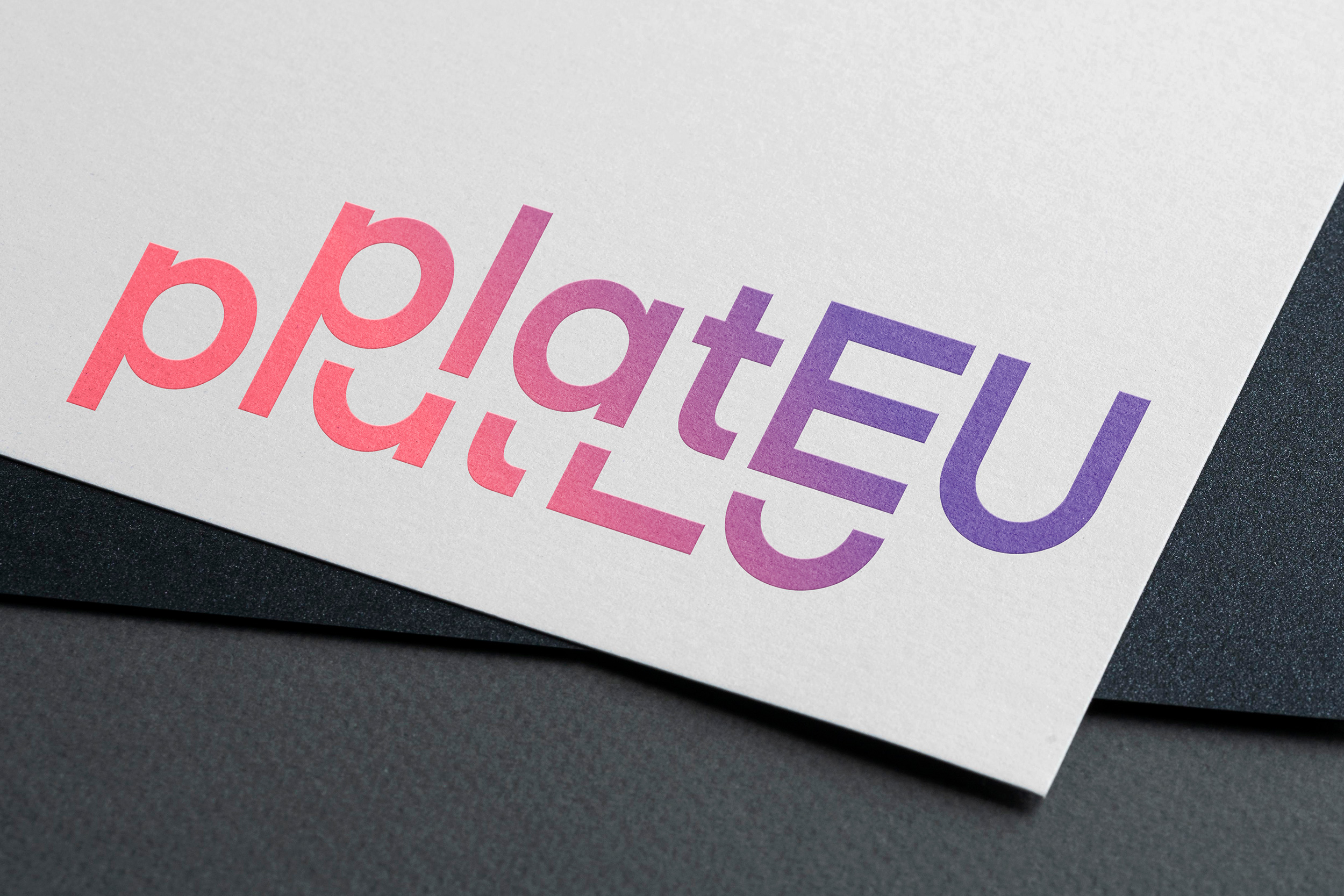 As part of the Erasmus + Jean Monnet project ‘EU Policies and the Platformisation of the Cultural and Audiovisual Sectors – platEU’, the Department for Culture and Communication at IRMO organized the Masterclass Lecture with Antonios Vlassis from the Center for International Relations Studies, University of Liège, Belgium. The lecture entitled ‘Online platforms, audiovisual industry and governance: lessons from the review of the European Audiovisual Media Services Directive’ was held at the Academy of Dramatic Arts, F22 Hall in Zagreb on the 25th of March 2022. After the welcome notes by the Dean of the Academy of Dramatic Art Davor Švaić and the platEU project coordinator Jaka Primorac, Antonios Vlassis started the lecture reminding the audience of the fact that in November 2018, the EU adopted an update of the EU audiovisual media rules, through the review of the AVMSD. Two key norms were established: new obligations for providers of on-demand audiovisual services to respect the quota of at least 30% for European works on their online catalogues, and incorporating the exceptions to the country-of-origin principle in order to tax non-domestic VOD players targeting a given Member State (MS), but established in another MS. From a digital media governance viewpoint, a question that arises is why and how did the involved actors in the AVMSD-making process decide to propose and adopt new norms for streaming platforms? The policy dilemma is whether the absence of the rules imposed on streaming platforms is beneficial for or obstructing the achievement of the EU economic and socio-cultural aims.

To address these questions, Vlassis proposed three ways of framing them. The first is to map the on-going research landscape regarding platform governance and introduce a framework based on an actor-centered constructivist approach. The existing academic literature might account for platform governance with the following approaches: first, the normative approach (Dijck, Nieborg & Poell 2019, Poell 2020, Bamberger & Lobel 2017, Commaerts and Mansell 2020); second, the institutionalist perspective (Gillepsie 2018, Flew et al. 2019, Gorwa 2019, Micova & Jacques 2020, Albornoz & Leiva 2020); and third, the structuralist approach (Jin Dal 2015, Smyrnaios 2017, Srnicek 2017, Moore & Tambini 2018). The blind spot of these approaches is that the assumptions leave little space for the discussion of politics in platform governance and are too distant from the actors making digital media policies. The politics in audiovisual governance should not be an unacknowledged element, something regarded as unproblematic; platform governance can rather be understood as a political process for organizing the relations of power and of regulation with respect to activities of online platforms at multiple levels. Platform governance does not emerge spontaneously: it is a political act, shaped by competing political worldviews that aim to promote their own values and objectives. The right path would be to analyze the AVMSD’s review “in situ and in action”, and to ask ourselves who are the actors who are involved at the European level, which kind of views these actors promote regarding the nature and objectives of platform governance in the audiovisual sector, as well as the perspectives which remain at the margins of this process.

The second way to face the policy dilemma is to focus on the AVMSD-making process (interests, ideas and institutional framework). The EU audiovisual policy has experienced a period of continuous shift from the 1980s onwards. Several EU policy tools, such as the Television Without Frontiers Directive and the AVMSD, have been designed for going hand in hand with technological transformations. Moreover, the review of the AVMSD gave rise to divergent approaches: the approach defending the status quo (the Netherlands, UK, Ireland, Czech Republic, business associations of the digital and communication sector) and the policy-change approach (France, Germany, Italy, Romania, the associations of audiovisual professionals and public broadcasters). The goal of defending the status-quo was not to lose it and to keep some issues off the legislative agenda. Those on the side of fighting for policy change argued that even though public intervention is fairly common in the audiovisual sector, the existing measures enhance the power of global online platforms.

The third way to tackle the mentioned policy questions is to look into the trends in the audiovisual sector coming from the COVID-19 pandemic and impact on the implementation and the promotion of the norms included in the AVMSD. The first trend is that the global streaming platforms are being the winning players of the lockdown measures due to Covid-19 pandemic. Subscriptions to Netflix, Amazon Prime Video, Disney Plus and Apple Plus represent more than 75% share in the European subscription video-on-demand market (Netflix: 214 million paid subscribers worldwide, Disney: 179 million total subscriptions across Disney Plus, ESPN Plus and Hulu). Netflix and Amazon Prime Video are available worldwide (with key exception of China), and Disney Plus and Apple TV Plus are available in more than 100 countries and territories across Europe, Asia, Africa and the Americas. Disney Plus will launch during the summer of 2022 in 42 new countries across Europe, Africa and West Asia. By end 2022, HBO Max will be available in 61 territories across Europe and the Americas. Concerning content investment, Amazon spent 13 billion USD on video and music content in 2021, a two billion USD increase from 2020. Disney plans to spend around 33 billion USD on content (linear and streaming) in 2022, 8 billion USD increase from 2021. Netflix spent 17 billion USD on content in 2021 and Paramount Plus plans to spend 6 billion USD on streaming content by 2024. In November 2021, Netflix acquired Scanline VFX, a major player in the in-demand special effects industry. Amazon acquired Hollywood major Metro Goldwyn Mayer-MGM (8.45 billion USD deal). As regards to public diplomacy, in March 2020, Netflix established a fund of 100 million USD in order to help cultural industries but also public audiovisual agencies in the context of COVID-19 crisis. Amazon Prime Video established a fund of 6 million USD for the European audiovisual industry in the COVID-19 crisis. In February 2021, the Netflix Fund for Creative Equity was created, to fund organizations that help underrepresented communities find job in television and film, with resources of 100 million USD over the next five years. Netflix and UNESCO established a partnership for launching a short film competition on “African Folktales, Reimagined”.
The second trend is a possible new wave of audiovisual regionalization with a new regional media geography. Strategic alliances (public-private) are formed, such as Salto, the new platform from the French public broadcaster France Télévisions and commercial networks TF1 and M6, a well as BBC and the network ITV launched the VOD service Britbox. Regional competitors are for example Viu in South East Asia and Viaplay in Nordic countries (e.g. Norway, Denmark, Finland, Iceland). Partnerships are based on common cultural or language imaginaries, including TV5 Monde Plus, a French-speaking VOD platform and Grupo Televisa, Mexico’s largest broadcaster, which will associate itself with US broadcaster Univision to establish a new Spanish-language streaming platform.
The third trend is an increasing public intervention in audiovisual streaming market. France, Germany, Italy, Poland, Denmark, Spain, Sweden, Portugal, Belgium (Flemish and French communities) have developed or plan to develop obligations for non-domestic VOD platforms in terms of quotas and financial contribution to the creation of local/national audiovisual content. In Denmark, the streaming services will be “obliged to let officials inspect the algorithms that determine which movies and other content are recommended to their subscribers”. “There is a Netflix button on remote controls. There must be a France Televisions button in the same way”, said the President of France Televisions, Delphine Ernotte Cunci. The CEOs of four big European telecom operators – Telefonica, Deutsche Telekom, Vodafone and Orange – have called on the European Commission to “make large content providers contribute to the infrastructural investments”. Furthermore, Mexico, South Africa, Australia are discussing towards the imposition of quotas and/or of financial contribution to the creation of local audiovisual content as well; and South Korea is discussing how to regulate the distribution of network costs following the traffic boost generated by the success of the series Squid Game.

The lecture was followed by a Q&A moderated by Jaka Primorac and the discussant of the programme Paško Bilić from IRMO. The concerns raised were the effects of quotas, the outcomes of the AVMSD and how to evaluate it, as well as the fact that it is very hard to achieve quotas and how they are not flexible. The need to protect data on consumers was highlighted, along with the issue of content supply versus content consumption. It was noted that it is difficult to propose successful public measures to deal with the authorships or cultural diversity, and that the debate around the AVMSD was not around discoverability – to boost visibility, that is, the ability of the content to be found among a large set of content. Questions were raised: Is the European AV industry not prepared for the process of platformization as the dominant concept of the AV sector? How should policy proposals frame the regulation of online platforms – e.g. with cooperative responsibility of online platforms; new principles for online platform governance? How should algorithms be approached? How to regulate recommender systems, do they provide diversity and pluralism?
Finally, the EU needs data on content consumption and supply to form an informed and adequate approach for policy-making. The discussants highlighted that, at this moment of restricted ‘black box data’, it is difficult to assess whether streaming platforms promote cultural diversity, and in order to articulate recommender systems, not only that the independently researched data is needed, but collaborations from streaming platforms too.